When living abroad it is important to be aware of the legality related to the information you obtain through an internet connection. In other words, is it legal to download web content in Germany? Since it seems to be an important topic for you guys, keep reading to discover more about the german legislation and to find the answers to all your questions.

Is downloading legal in Germany?

Let´s start from the very beginning.

German law consider that sharing content protected by copyright is illegal. That means, that you should be careful when using P2P programs such as Emule or Torrent because when we download any content from those online tools we are, at the same time, sharing it with other users, and that is the main problem. We are sharing copyright protected content with other online users.

Furthermore, when using those kind of programs we allow other users to see our IP address.

IP address: Internet suppliers (ISP) are obliged to share information regarding an IP address if the user is sharing content protected by copyright. Why? Because all responsibility will fall on the internet line’s owner. What does it mean? Let me explain it with an example. After a couple of months in Germany, a friend of mine hosted a christmas party at his place. In that party, some guests found out some interesting songs on the internet and they decided to download them. After three months my friend received a letter where we was asked to pay a fine of almost 5.000€ due to the high amount of songs that his friends downloaded at the christmas party. Although my friend did not download any single song, he is the owner of the internet line, therefore, the fine was addressed to him.

What happen if I receive a fine?

I know some people who received the famous letter. I like to say that this letter does not contain a fine in essence, but a blackmail.

I call it blackmail because the letter is sent by law firms, hired by companies owning copyrighted items, to monitor the traffic of platforms such as Torrent and similar entities to find copyrighted items. Basically, the letter is a warning to let you know that this lawyers know what you did and if you do not want to go to court you should pay a fine.

The most active law firm is Waldorf Frommer  (all people I know received the letter from this lawyer´s office).

What should I do after receiving the letter?

The first minutes after receiving the copyright infringement letter can be really confusing; Should I pay the requirement amount? Should we ignore the letter? Should I hire a lawyer?

Well, let me tell you three options that you should take into account when receiving the letter:

Which is the best option?

To be honest I would recommend you to hire a lawyer to whom you will pay around 300€. This amount will be a good investment though, since you will be able to avoid paying a high amount of money and going to court.

Important information: Do not sign any form and/or do not pay any fine without the approbation of a lawyer. Once you do it, you will declare yourself guilty of a crime.

Some things changed in Germany since January 1st. If you are living in this lovely country maybe you want to keep reading this post to understand what it is new in Germany.

Although the “minimum wage” concept was implemented in Germany  in 2015, this is the first time that the amount paid to workers have increased. From the 8,50€ per hour previously paid, the minimum wage had increased up to 8,84€ per hour.

The minimum wage is also valid for minijobbers (Important: the income received for a minijob cannot exceed the amount of 450€ per month).

Usually, public transport prices increase across the country at the beginning of the year . In 2017 transport tickets will cost on average between 2 and 2,5% more.

Germany is working slow but sure on integrating WIFI in transports and public buildings. Therefore the implementation of WIFI on high speed trains (ICE) are great news for locals and tourists.

Although both classes (first and second) will benefit from this decision, second class passengers will have a limited data volume.

German electricity providers started the new year raising their prices around a 3,5% due to the increased subsidies for renewable energy (Germany is investing a huge amount of money to implement renewable energies nationwide), as well as due to the high costs of upkeep of power lines.

The year 2017 leads to a couple of changes on the behaviour of bike riders. Why?

Until now bikers could “use” the pedestrians´ traffic light when there were no own lights signs for cyclist at traffic light crossroads. From 2017 onwards, cyclists have to observe the light signals for car traffic.

Another important change is related to families. The new legislation allows parents to accompany children on their bikes on the pavement, up to the age of nine. Are you ready pedestrians? 😉

Whoever retires in 2017 will have to pay taxes on 74 per cent of his pension. Until now, the taxable revenue was equivalent to the 72 percent of the pension.

In the end, this means that only 26 percent of remuneration will be tax-free in the new year.

While up to now only people with predominantly physical afflictions were considered to be in need of care, the new guidelines will also cover the needy with mental problems.

This also means that more people than before will receive benefits from the long-term care insurance.

The German government provides money to parents known as Kindergeld, which is paid monthly per child.

How much do parents received in 2016 per child?

From January 1st the amount received per child has increased 2€. The increase is small but when talking about raising a kid every bit is welcomed.

The Kindergeld is paid until the child reaches age 18.

The “Grundfreibetrag” is the basic personal allowance, is a part of the income not subject to tax (a minimum subsistence rate).

From 2017 on the basic fare for single persons climbs to 8.820€ and for married people up to 17.640€. That means that Treasury deducts taxes on income only if it is above this amount.

Since the past month of April german authorities have determined that not only downloading is illegal in this country but also streaming.

The previously known as a “grey area” has turned into a completely prohibited activity, which is driving crazy to many residents in this country.

What can you do now?

If you did not have a Netflix or Amazon Prime account, it is maybe the right time to open one. Choose your favourite platform and start enjoying their series and films, because if you try to watch any serie or film in a free of charge platform you may have to pay a huge fee.

How much is the fine for streaming?

Although the existing information is not clear enough, according to Focus journal, the fine a user will have to pay vary between 5 to 10€ per streaming.

Has this law a retroactive character?

However, if you were not aware of this new law I would recommend you to stop using streaming pages as soon as possible. 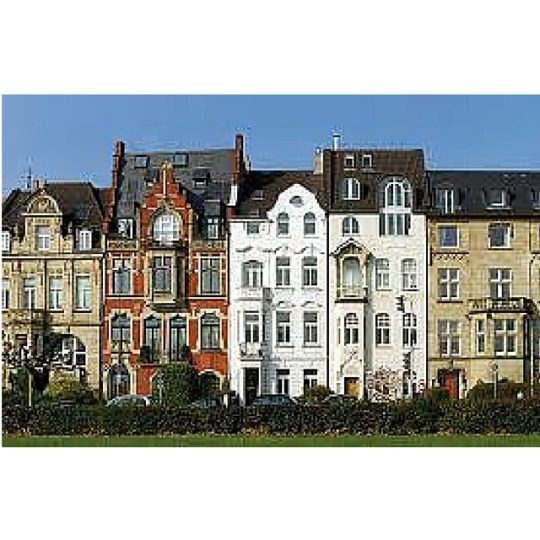