Saltar al contenido
This german adventure started  in Carnival almost one year ago, so after 10 months we are back at the fifth season of the year . 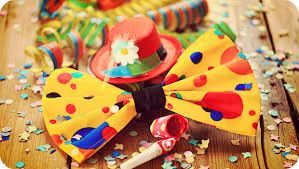 Let´s start from the beginning…
Although Carnival officially started the 11th of November at 11:11, it is now when you can really feel the carnival spirit all around the region, specially in the city of Köln, where I was lucky to be invited to a Karnevalssitzung under the theme Social Jeck.
Of course, all the guests had to wear a Carnival costume.  This Carnival party is celebrated in different places from the city every two days  since last week until the Rosenmontag.
How do German people celebrate the Karnevalssitzung?
This tradition date from 1823 when the first Carnival committee was founded and the first Rosenmontag was celebrated.
The celebration consists in a non-stop party which takes place during 5 hours one normal night during the week. On a huge scenario the Köln Carnival committee (the guard of the prince) share space with different artists: a band, monologuists, well known singers from the region and, also, a Funkegarde (a group of dancers similar to the USA cheerleaders who dance and jump), who act while the audience enjoy drinking Kölsch bier. 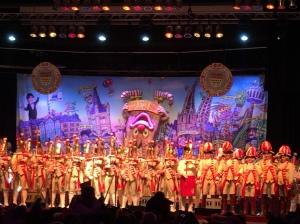 But there are not only Carnival plans these days
Last week I also attended to a Poesieschlacht, which is the same as a Poetry Slam, better isn´t it?
For those who have never heard about it, a Poetry Slam is a contest celebrated in small halls where people compete by reading poetry written by themselves in front of the audience, who vote to chose the winner.
However, in this kind of events you won´t hear Pablo Neruda´ s poetry, but a modern, funny and protest one ;).
And after an intensive course about German traditions I say good bye until next week.

Una respuesta a “The fifth season of the year: Carnival is back!”