As well as in Austria, here in Germany, as a foreigner you must sign an official document so the state has knowledge of your move to the country. For this you must go to the foreign affairs offices with you ID.

So, there I was at the 8 o´clock in the morning. At the first moment, I found just a few machines but no one was there. So, after going up and downstairs, following the indications given by some really nice germans and becoming the involuntary leader of a group of foreigns as lost as I was (I could see how they were covertly following me all around the building) I could finally sign the official document and I received a welcome kit :). 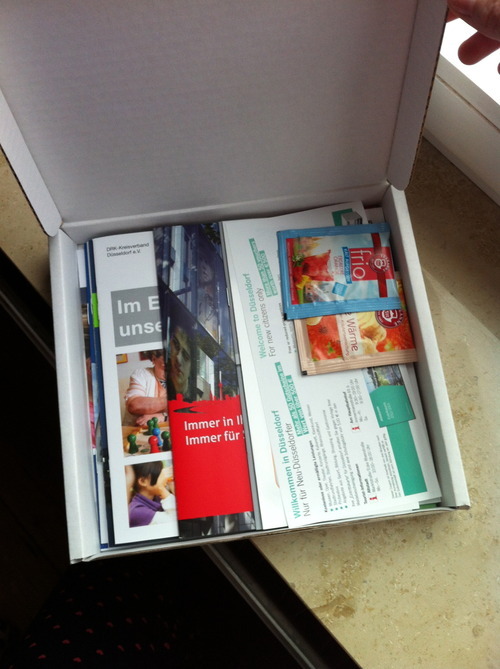 Being completely legal in this country and with my welcome kit, I continued doing typical german things.

This time I went to the Flohmarkt, which is a second hand market. Maybe you think there is nothing spectacular on it, but I really love it. There you can find all kind of products; ready to cook food, fresh fruits, batteries, bikes…  In the Flohmarkt of Aachenerplatz there is an area covered by a tent full of stands with antique products and bars where they play traditional german music or where even they take place antique product auctions.

However, today I discovered there something I am missing to become a real German: I need to get used to the weather!! In less than 5 hours we passed from having a sunny and nice day to feel the real german cold weather (it also hailed!!!!). But as the proverb says…: 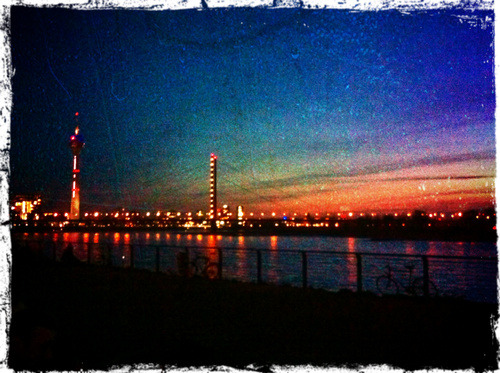 *April April does what it wants to